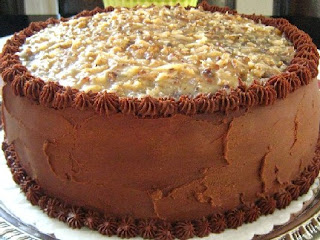 Hello all and welcome back to the blogOZphere!  I decided to tackle a pretty controversial topic this week and hope that you will bear with me.  My goal isn't to offend, but to enlighten and i hope you'll give me the leeway to do just that.  Let me also say before we begin that i can only speak for myself and don't pretend to be the voice of millions of black Americans.  To be treated individually is what so many fought and died for in the battle for equality.  My story is only one of millions who have their own story to tell...

I've lived in the south all my life.  Born and raised in Memphis, i moved to Knoxville for college in 1996.  I've never really even considered living anywhere else other than the southeast although i LOVE Chicago and D.C..  Now that i've been in Knoxville for over 20 years, i can sincerely say i don't think i could call anywhere else home.

This might surprise some of you, but over the course of my almost 40 years of living in the south, i've only had a handful of overtly racist experiences.  The most memorable was a school trip (coincidentally my first trip to D.C.) when a classmate went out of his way to call me a n****r to my face in front of other white classmates in a blatant attempt to bully and belittle me.  I can still remember how proud of himself he was all smug and sneering.  He made direct eye contact with me as he articulated the word.  "You're nothing but a n****r." he said staring me dead in the face.  He wanted to make sure the blow landed flush and inflicted the maximum amount of damage.  It did.  But instead of fighting back, i just sat there blinking in utter disbelief.

In my defense, i was only in the 8th grade.  It was the first time i had ever experienced anything like that and it rendered me speechless.  In hindsight, maybe i should have told one of the teachers or maybe i should have just punched the kid in the nose.  In the end, i just sat there in the back of the bus bewildered by why someone would choose to be so hurtful.  I'd love to visit my younger self and tell him everything would be okay.  I still remember how i felt to this day.  I still bear the scar.

But this isn't a story about overt racism.  It's a story about the other kind.  The kind that lurks in the shadows and hides behind lying eyes and phony smiles.  It's the kind that bares its true colors only behind closed doors and in circles of the likeminded.  It's the kind that only shows itself in public to defend monuments built to exalt fallen heroes and proudly displayed in the form of Confederate flags on car bumpers and truck front plates.

"These are symbols of our southern pride and heritage!" they say defiantly as they wave their flags and their arms with reckless abandon.  They're convinced that tearing down or removing these symbols is a direct affront to who they are and a direct attack on their freedom of speech.  Convincing them otherwise is an impossible task and i don't intend to try.  My goal in writing this is to appeal to those of you who are far more reasoned in how they view these kinds of symbols.  In that effort, I proffer the following anecdote.

There's a town in the south of Italy called Maratea where a bake shop owner bakes custom cakes.  A customer requested he bake a cake with a picture of Hitler on it and without a second thought he obliged.  The baker decided to display the cake in his shop window and of course the town's people in Maratea complained vehemently.  The shop owner eventually and begrudgingly removed it, but was defiant about not only his right to bake the cake, but to display it as well. His rationale and i'm paraphrasing: free speech and cultural history.  Sound familiar?  (Coincidentally, peppered throughout Italy are monuments to Mussolini.  If you're interested in a walk down fascistic memory lane, you can even visit Mussolini's hometown and buy mugs adorned with swastikas!)

Could you imagine a bakery in the US making, (let alone displaying!) a cake with Hitler's face on it or  your local neighborhood gift shop peddling Nazi paraphernalia?  Of course not!  And yet, there are those (like the bake shop owner) who would claim that these images and monuments are a part of national heritage.  That removing these symbols would threaten the very fabric upon which their racist history is stitched.  Does that make them any less a reminder of the atrocities of the holocaust?  Not any less a reminder than Confederate monuments and flags are of the atrocities of slavery, Jim Crow laws and two century's worth of racism perpetrated against blacks in America.

To be clear, my goal isn't to compare and contrast whose had it worse, blacks or Jews.  I think we can all agree that both groups have suffered immensely throughout modern history.  I also think it's fair to say that neither group is particularly fond of the idea of being reminded on a regular basis of the persecution each has endured.  Or just to add a little more salt to the wound, be forced by the state to pay for the upkeep of those symbols of hatred in the form of our tax dollars.

Back on the bus to D.C. moments before the n-word was deliberately dropped on me like napalm, the same guy and a group of our mutual (white) "friends" and i had been cutting up and having fun like young teenage boys would on a long road trip.  It was the end of the school year and we were celebrating our graduation from Jr. High.  We were carefree and happy to be alive.  Racism was the last thing on my mind as i relished the opportunity to visit a city i had only been exposed to on TV.  (I was an avid C-SPAN follower back in those days.  Yeah, i know, nerd's ville!).  And then out of nowhere the kind of racism that usually hid in the shadows came billowing out like a sulfuric plume of smoke.  I knew from that point forward that racism was not just an abstract idea that lived in some distant past.  It was alive and well and looking me straight in the eye.  I wonder if that kid, now all grown up has a confederate flag somewhere on his truck and/or in his wardrobe.  Let's just say, i wouldn't be as surprised as i was that day.

Tip of the Week 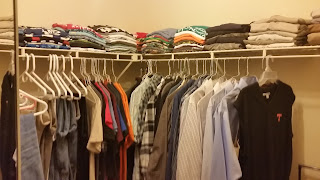 I'm constantly trying to find ways to improve myself and how I do life.  It can be in the smallest ways too.  For example, I've already made adjustments to my Monday routine in that grocery shopping now falls on Fridays.  (In fact, i'm tweaking this blog post as you read it! ;-) I'm always seeking a better way and typically i find it.  Whether it be a big change (like where to live) or small (such as how to organize my massive t-shirt inventory), i like to see improvement.

So this week's tip is always be looking for ways to improve yourself, whether big or small.  In fact, i've found the smaller incremental changes tend to be easier to implement and stick with than bigger ones so don't feel like you have to do something big to see positive results.  Incremental changes add up to big changes over time!

Track of the Week
As i mentioned last week, I've been really into Vancouver Sleep Clinic.  Their music can be best described as "ambient" (there's a freakin' surprise!), but this track off of the latest release Revival is anything but sleepy.  It's called "Empire" and it'll get your heart pumping.  Be warned that it starts slow, but finishes fast!  Listen closely to the lyrics on this one too.  Really powerful stuff.

On My Spotify Playlist
SBTRKT- SBTRKT I believe this album came out in 2011, but i didn't discover it until about 1 year ago based on the recommendation of a friend who knows my musical tastes all to well. This one is the rare combination of fun, upbeat, danceable music that also manages a significant amount of depth. I revisit this album pretty much regularly especially if i'm in a good mood! If you're really feeling SBTRKT, you should also check out his latest album Save Yourself. It's pretty good too!

On the DVR
Attack On Titan Even if you aren't a fan of anime (fanime?), you might still like this one. It's gritty and far too realistic for a show based on the premise of giant humanoid creatures who have pushed mankind to the brink of extinction. Watch and listen carefully for clues and for the overt symbolism.

Hope everyone has an outstanding week and God speed!