Why Mondays Are My New Favorite Day 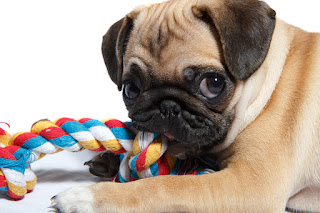 Greetings to all of you out there on the BlogOzPhere!  I hope that you've had a pleasant start to your week, but if you're like most people Monday is probably your least favorite day.  Most folks dread Mondays and it even makes them hate Sundays too.  The condition is scientifically and commonly known as the "Sunday Night Blues" and it's a real thing that millions of people suffer from especially those working the 9 to 5 shift.

To be fair, i used to hate Mondays just as much as the next guy or girl.  In fact, my case was so severe that it led to my now well-cemented habit of trying to do absolutely NOTHING on Sundays.  I try my dead-level best to not even leave the house on Sundays, that's how hardcore i am, but i digress.  Point is, i get it.  Mondays are the worst!

So now why my sudden appreciation for the pariah of all the days of the week?  The simple answer is control.  I now have (almost) complete control of over my Mondays.  Instead of Monday dragging my @ss around like a puppy's favorite chew toy, i've made the conscience decision to wrest control of my Mondays from the savages who would dare rob me of 24 hours of my life each week.  How do i control it you ask?

First, i don't force myself to fall asleep at a certain time on Sunday night nor do i force myself awake Monday morning.  I let both occur as naturally as possible.  To be fair, as a small business owner who works from home, i realize this isn't a luxury everyone has and i think that's a d@mn shame.  But since i have it, i take full advantage.

Secondly, i dedicate Mondays to taking care of my own personal affairs which also includes my business affairs.  I used to do most of my personal financial accounting on Tuesdays, but realized fairly recently that this was all wrong.  Monday is by far the better day for this activity because its already a day when i'm focusing on myself and my business.  I also tend to my laundry, hit the grocery store, catch up on e-mails and call my Mom (just added this one today!) on Mondays.  I also check my Facebook notifications, watch some Youtube vids I've queued up and send out follow e-mails to current and prospective clients.  In other words, i do all the things i really don't have time to do the rest of the week.

Lastly and most importantly, knowing that Monday is going to be my easiest day of the week makes me not dread it so much.  I actually enjoy Sundays (for the most part) without guilt or anxiety because of that fact alone.  I can also rest easier the rest of the week because i know Mondays are a day when i can get caught up.  Having a dedicated day to focus on nothing but my own personal sh!t puts my mind at ease.

Now i realize most of you don't have the ability to do Mondays the way i do Mondays, but here's my recommendation: figure out how to do Monday YOUR way.  Whatever it takes to reclaim some if not all of the control over your Mondays, you should do it.  Whether that be not scheduling any meetings for Monday, knocking off an hour early or just concentrating on your needs, determine how and what you can do to make Monday a day you can look forward to.  If you can do that, Mondays may turn out to be your new favorite day too.

On that note, i've also decided Mondays will be my day to update my blog going forward!  So if you're a follower of the BlogOzPhere, you can look forward to a new post from me weekly every Monday!

Tip of the Week
If you're prone to locking yourself out of your house or apartment (which i've been prone to do a time or two!), here's a trick.  Buy yourself a key storage lock box like the ones realtors use when they're showing a home.  You can put one on the most inconspicuous exterior door of your home or apartment and stick a spare key in there.  Figure out a combination you'll always remember and ONLY share it with people you trust.  You can buy them fairly cheap ($20-$30 roughly) at a hardware store or online.  Sure beats the heck out of a hide-a-key for those who are irredeemably risk averse like myself!

Track of the Week
Can't get enough of ORI "Black Book".  I'm not usually big on artists who produce only a track at a time especially when that track only has roughly two lines worth of lyrics, but for this one i'll make an exception... it's THAT good!

On My Spotify Playlist
Vancouver Sleep Clinic- Revival This is their first full-length album and presents a slightly poppier sound than their previous EP offerings.  I'm not complaining though because the album is fantastic!

In the Car
Sheep Dog and Wolf- Egospect  I've been raving about this album for over a year now and it has been in constant rotation first on Spotify and then in my car's CD changer for at least that long.  Daniel McBride (not to be confused with Danny McBride) produced this album BY HIMSELF when he was only 19 years old in his bedroom in New Zealand.  He's been compared to the likes of Sufjan Stevens who is also a personal fave.  I also like the fact that he plays both sax and guitar just like me.  If only i were half as talented! ;-(

On My DVR
Animal Kingdom  This show just completed season 2 and its already gotten the green light for season 3... for good reason!  It's about a crime family led by matriarch Janine Cody aka "Smurf" played brilliantly by renowned actress Ellen Barkin.  The family is made up of her sons and grandson Josh Cody (played by my little brother, Finn Cole ;-) who is the real focal point of the show.  They pull a series of "jobs" where they rip off among other victims a mega-church.  It's real gritty stuff with a phenomenal cast and excellent writing.  Don't let the fact that this show airs on TNT throw you.  It is a legit hardcore drama with some serious angles.

Fortune Cookie Wisdom
Smile to others, honesty and friendship bring you fortune.,

Hope everyone has a great week and God speed!