Gun Violence And A Brief History Of Puerto Rico 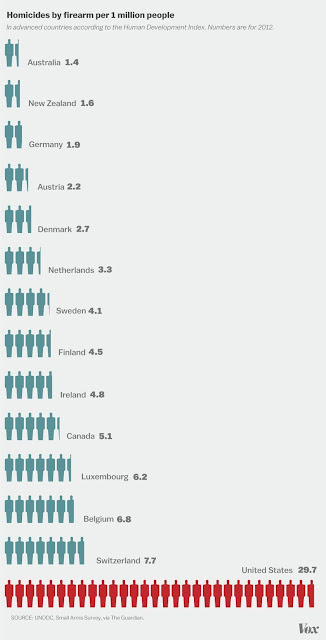 First, let me apologize to those of you looking forward to part 2 of my "Coming Out Story". I had every intention of continuing the story this week, but due to recent events, it just didn't seem appropriate to write about at this time. But don't worry, I WILL bring you part 2 hopefully next week. Thank you for your patience and understanding.

NOW Is The Time!

There are many people who will say that now is the wrong time to be talking about gun control and while a respect the grief being experienced by the families and friends of those who's lives were lost last night, i can't help but wonder WHEN is the right time? Is there one?

It would be easy for us to throw up our hands and say, "Oh well, what can we do? We don't want to piss off gun owners or the dreaded NRA so guess we'll just quietly go about our business and hope and pray something like this doesn't happen to us or to our loved ones." Well that's bullish!t!

NOW is the time to get angry! NOW is the time to stand up and say "God d@mn it, we're not going to take this anymore! We aren't going to be silenced or bullied into believing we just have to learn live with this kind of tragedy. We're Americans for God's sake and we have overcome challenge after challenge in our nation's history. We CAN and WILL conquer the epidemic of gun violence in our country!"

As i've said in previous posts, i have no desire to waste energy trying to convert those who are dug in on this issue. My goal is to appeal to those of you who are far more reasoned. That said, i welcome the ideas of those who feel like their Constitutional rights are being threatened whenever gun control is brought up but i would urge those of you who feel this way to realize that the Constitutional right to LIFE has been and IS under constant threat by gun violence. PLEASE help us solve this problem! If you have a better idea about how we can fix this, please be as passionate about it as you are about defending your gun rights. And no, "a good guy with a gun" isn't a viable solution let alone a policy. Please take this as seriously. Lives are at stake and last i checked, "Life" is the very first guaranteed right mentioned in our constitution.

Here is an incredible piece published on Vox that helps to shed light on this issue. I hope you'll read it and contemplate its implications. Once you've done so, call your elected representatives in Washington and tell them we need common sense gun control legislation NOW!

For those of you following the news coming out of Puerto Rico, you've probably figured out that the situation hasn't improved and if anything is deteriorating fast. While i have no desire to wade into the middle of the political debate being had right now about Puerto Rico and the federal response to Hurricane Maria, i will say that what our President has stated in public via Twitter and otherwise have been counter-productive to addressing the seriousness of this crisis.


A Brief History of Puerto Rico

If you're anything like me, you have no idea about the history of Puerto Rico and how it came to be a part of the United States. Here's an abbreviated history. Get more info by clicking the heading to this section above.

At the end of the Spanish-American war in 1898, the US took control of Puerto Rico from Spain and it officially became a US territory. In 1917, in an effort to make Puerto Ricans eligible to be drafted for World War I, Puerto Ricans were granted US citizenship and 1952, Puerto Rico was recognized as a commonwealth of the US much like Virginia and Kentucky but without statehood. From 1950-1970, over 500,000 Puerto Ricans fled the island to settle on the mainland. In May of this year, Puerto Rico, after years of economic turmoil and recession, declared bankruptcy holding a debt load of approximately $70 billion. Puerto Ricans do NOT have a voting representative in congress and cannot vote for president of the United States nor do they currently have a path towards statehood.


I had the opportunity to speak with Dr. Loida Cardona Velazquez with whom i serve on the United Way of Greater Knoxville board of directors and who's family is originally from Puerto Rico. She shared with the board during our meeting last week that things in Puerto Rico are indeed desperate (see the heartbreaking video below to get an idea of the devastation), but was not able to verify how desperate because she hasn't been able to get in touch with her family on the island. She pleaded for the support of the United Way and the East Tennessee community and provided information on how to help. She also stated that anyone was welcome to call her directly if needing guidance on the best way to assist the citizens of Puerto Rico. With her permission, I'm providing her cell # 865 951-9254 and e-mail at Lvelazq1@utk.edu. Additionally if you're wanting to keep up with the latest in terms of support flowing from the East Tennessee community and you're on Facebook, please join the group "East Tennessee for Puerto Rico" group.

What i think the people of Puerto Rico need the most (aside from water and food of course) is hope. If they aren't going to receive that hope from our government, WE have to be the hope they seek.

I'm as much a fan of the protest rally as the next guy or girl. In many ways, it is an effective way of showing that a lot of people care enough about an issue that they're willing to go on record publicly. That being said, the protest rally isn't the only form of civil participation and actually may be the least effective form when it comes to bringing about lasting change. The two most effective forms of civil protest are voting in elections and in between elections, contacting your elected representatives by phone. Yes BY PHONE!!!(Visiting in person works too, but requires a LOT more effort!) It's hard to believe, but this easy, cost effective form of voicing your opinion is one of the best ways to make a difference in our democracy because it's so easy and because if enough people are calling, we can't be ignored!

If you've never tried calling your senator or member of congress, it might seem a bit intimidating at first. Does my actual senator or congress member answer the phone? What do i say? How do i know if he/she actually gets my message? Rest easy because i have just the information you're seeking!

First of all, no, your actual senator or congress member doesn't answer the phone. They each have a throng of office staff who handle their calls among other things so most likely you'll be speaking with someone on their staff. That's fine. The goal is to make sure that someone in their office knows that constituents are calling about specific issues and to make enough noise that the representative cannot brush it off.

What should you say? Well that's simple! Just tell them why you're calling and where you stand on that particular issue. For example you could say something like this: "Hi, my name is Oslo and i'm calling to let the senator know that our fellow citizens are suffering in Puerto Rico and desperately need our help. Please let the senator know that this is the most critical and time-sensitive issue facing our great nation and that we must be diligent in addressing this crisis before it is too late. Please tell the senator to vote for aid to victims of Hurricane Maria as soon as it is presented to congress by the President. Thank you."

The person answering the phone will likely ask you for your name and address to verify that you're an actual constituent. It is okay to give them this information. They will then tell you that they'll be sure to get your message to the representative. And that's it, end of call! It takes less than 2 minutes from start to finish!

Will they actually pass along your exact message? Most likely not, but again, the goal is to make sure that your voice is being heard. If enough people keep calling about a particular issue, the senator or member of congress will have no choice but to listen. This kind of participation in our democracy has led to some incredible results most recently in regards to the ACA (aka Obamacare) so it definitely works. Give it a whirl and holler if you need any other pointers or encouragement. If you need help tracking down the phone # of your representative, here's a link. Just type in your zip code and hit "Go"!

This song is my favorite song on one of my top 10 favorite hip hop albums and top 50 favorite albums overall of all times if that tells you anything. It's called "Dune" and can be found on Zion-I's Deep Water Slang which was released in the 2003. Yeah, i know, it's old, but this song is still so appropriate today. Just listen to the lyrics and you'll see what i mean. I had a hard time finding a link to it, but think this one will do. Personally, i've been listening to it on repeat on the CD player in my car for almost a week. Hope you like the track and if you do, you might want to give the rest of the album a thorough listening. Pretty sure it's on Spotify! 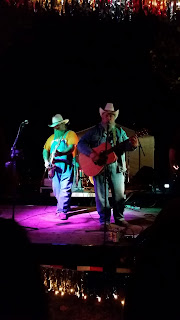 I manage a local group of honky-tonkers called The Barstool Romeos and they had their ninth annual Fall Festival this past weekend. I went not fully knowing what to expect, but it was truly an awesome time! It is on a farm in Kodak next to the French Broad River and over 200 people attended the Saturday night i was there many of whom were camping on the land. The festival was complete with some great music, plenty of food and moonshine flowed like wine! If you've never been, you should seriously consider going next year. Only trouble is that it's an invite-only kind of affair so you're gonna want to get in good with someone who's already on the list. It'll be worth cozying up though i assure you!

Don't be more concerned with solving tomorrow's problems that your forget about today's.

Thanks for reading everyone and God speed!