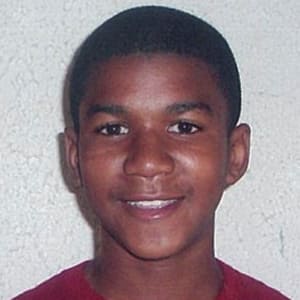 Disclaimer: I am not actually Trayvon's older brother.  To my knowledge, we aren't related in any way, but the tragic loss of his life has had a tremendous effect on me.

His death felt like losing the little brother i never had and I wanted to write something to honor his memory.  To my knowledge my depiction of him is fairly accurate based on the accounts i've read about him and his life.  Please forgive me for any inaccuracies.

He got in trouble in school a few times, but overall he was a good kid.  He tended to keep to himself a lot and avoided gangs or other "bad" kids.  He got caught with a joint once, but that wasn't all that rare for a kid his age.  He was always joking around, but didn't really seek the spotlight.  He had a quiet, yet quick sense of humor which all who knew him really loved about him.  We all thought he had a bright future because he was so bright.

When my family and i found out he had been shot, we were in shock.  What in the world could he be doing that would put him in that kind of danger?  Was he secretly running around with a bad crew?  Did he have some bad habits we didn't know about?  How could the kid we knew so well be mixed up in anything that would get him shot?

When he was pronounced dead at the scene, my heart split in two.  He was only 17 years old, how could he be gone?!  It wasn't fair!  Why would God be so cruel as to take this young man with so much life left to live away from us?  Why couldn't he have taken me instead?  He was just a child!

Later when we found out what happened, i was angry, no i was furious!  For a moment i'm ashamed of myself for thinking, 'Tray, what did you do to provoke someone to use deadly force on you?  And why were you wearing that hoodie?!'  And then i got even angrier for having the nerve to blame the victim especially one who's life was just taken from us.  This wasn't his fault!

Then i blamed myself for not protecting him.  I was his big brother, i was supposed to be there for him and i wasn't.  Instead he died alone without the people around him who truly cared about him.  Why wasn't i there?  Why couldn't it have been me?

Then i blamed George Zimmerman, the perpetrator of this vile act of vigilante justice.  HE was the one who took it upon himself to rid the world of this "menace to society".  HE acted as judge, jury and executioner on that night in that sleepy suburban neighborhood.  HE took justice into his own hands while snatching the life from my little brother Tray.  HE is the one who should be punished and suffer a lifetime of agony and guilt for his actions.  It's the least anyone could expect after committing such a heinous crime!

But when this went to trial is when i realized who was truly to blame.  Don't get me wrong, to the extent that he was the one who pulled the trigger, George Zimmerman DOES deserve a large share of the responsibility for Trayvon's death.  This was a man looking for an excuse to use his gun and his privilege on someone and preferably a "nigger", a term he was apparently fond of using when not in mixed company.  But that son of a b!tch doesn't deserve all of the blame.

We live in a society where a certain segment of our population celebrates this kind of "justice".  A segment that is armed to the teeth and scared of anyone who isn't of the right complexion.  A segment that was more than happy to help George Zimmerman justify an action that was clearly not justifiable.

They vilified my little brother, and turned him into a caricature of the person they feared and despised the most.  "He was a thug and a punk who had it coming!" they'd say on social media and in private conversations.  "He deserved it, he deserved to die!" they said about Tray on Fox News night after night while Zimmerman stood trial.  They made my little brother into the villain George Zimmerman actually is and they did it without remorse or consideration for the fact that a young man's life had been stolen from him.  In the same way George Zimmerman assumed Tray was a thief, HE was the thief and his supporters were his accomplices.

When they announced a not guilty verdict, i wasn't surprised.  I was still angry, but also numb.  I couldn't believe what was happening, but also didn't have any emotions left to express.  I just couldn't.  There was only silence.

My mother wept as my father attempted to comfort her quietly wiping away his own tears.  He was stronger than me.  I knew he was hurting just as much but he was still able to muster enough strength to comfort everyone else.  He was as strong as i know Trayvon would have been one day.

And now 7 years after his passing i'm now able to express what i couldn't that day in that courtroom.  Sadness.  Sadness for the life that was cut unnecessarily short.  Sadness for my parents who should have never had to bury their own child and sadness for a society that seemingly still doesn't care enough to care.

I also want to express what i was unable to express to Trayvon that night while he lay dying on that random sidewalk in that random neighborhood as the rain fell.  "Tray, i love you so much and i'm with you always.  Hold my hand little brother, i'm here to protect you.  You are not alone."
Posted by Oz at 7:17:00 PM