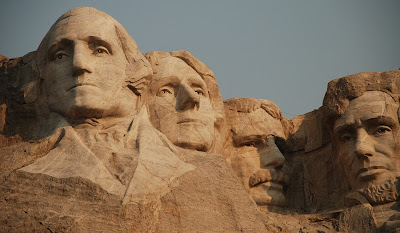 There seems to be quite a bit of confusion about the impeachment process floating around the internet and elsewhere so I thought I'd break it down for the readers of the blogozphere.  Please note that i'm not a constitutional scholar but you don't have to be to fully understand how impeachment works.  Also had this vetted by a buddy of mine who has a PhD in Political Science so there's that.  That said, if you are a constitutional scholar and would like to rebut any or all of this explanation, i welcome the discussion.  Otherwise i hope this helps.

In this example the House of Representatives is considered the grand jury.  They are presented evidence, allowed to call and interview witnesses and will ultimately decide if the President of the United States should be indicted or more precisely in congressional and constitutional speak impeached.  If they decide to impeach the President it would require a majority vote of the full House of Representatives.  If that happens then the trial of the President would begin in the Senate.  I think it's important to note here that just because a President is impeached doesn't necessarily mean that he/she will be removed from office.

If the President of the United States is impeached (i.e. indicted) by the House of Representatives, the indictment would then move to the Senate for a "trial".  In this part of the process, the Senate acts as a trial jury and selected members of the House of Representatives would serve as "prosecutors" of sorts.  Incidentally, during this process is one of the few occasions where all 3 branches of government intersect because the Chief Justice of the Supreme Court acts as the impeachment trial judge.

During this process the defense (i.e. the President's impeachment team) is allowed to question witnesses, review evidence and make its case as to why the President shouldn't be removed from office based on the impeachment (i.e. indictment) sent over by the House of Representatives.

The only difference between this process and the one in the criminal justice system comes at the end.  In most jury trials, the vote of the jury must be unanimous to convict a defendant.  In an impeachment trial, only 2/3rds of the United States Senate would be needed to "convict" the President and remove him from office.

What Happens After That?

Well this is funny (not haha!) because this has actually never happened in the history of the United States.  Yes 2 other presidents have been "indicted" (i.e. impeached) by the House of Representatives (Andrew Johnson and Bill Clinton), but neither was actually "convicted" by the Senate and removed.  In the case of Richard Nixon, he was never actually "indicted" (i.e. impeached) because he chose resign before that became an eventuality.

This would truly be uncharted territory if the President were "convicted" and removed from office.  What should happen is that the President would be required by the constitution to step down and the chain of succession would dictate that the Vice-President would then become President.  That being said there is discussion about the Vice-President's involvement in the scandal currently unfolding which means he may be required to step down as well.  Astonishingly the next person in the line of succession is the Speaker of The House.

So that's pretty much it in a nutshell, but if you'd like a deeper dive, please see below.

As i mentioned in the first paragraph, i have a friend who has a PhD in Political Science.  When i sent this post to him for his review, in addition to giving me the green light, he also provide a more in-depth explanation of the impeachment process.  Continue reading below if you'd like to know more.  It's truly fascinating stuff!


Section on the House of Representatives

Using the analogy of the U.S. criminal justice system, you could add that the House Judiciary committee has normally played the role of prosecutor while other committees in Congress play the role of the police. Particularly, every committee in the House, including the House Judiciary Committee, can investigate the president, other members of the executive branch, and SCOTUS justices if a majority of members on a committee suspect that they have committed a crime/impeachable offense. Part of this investigation involves collecting evidence through document request and committee hearings.

If a committee finds evidence that they believe implicates the president, other members of the executive branch, or members of the judicial branch in a crime/ impeachable offense, they forward that evidence to the House Judiciary committee. The House Judiciary committee, similar to a prosecutor, then weighs the evidence before deciding whether to seek an impeachment vote/charge the president.

You could also add that thinking about the president's behavior in these terms, Trump, by refusing to cooperate with the House committees charged with gathering evidence for the Ukraine scandal, is withholding evidence from the prosecutor and police by refusing to cooperate with a congressional investigation/ an official police investigation. In the legal community, this behavior is known as obstruction of justice. It carries a heavy fine and jail time. Similarly, in the American political system, this behavior is also considered to be obstruction of justice. Instead of the president being fined and sent to jail, however, this charge is added as an article of impeachment.

Section on the Senate

You are about to embark on a most delightful journey!