What I Do For A Living + The Truth About Net Neutrality 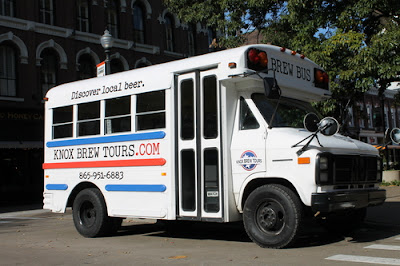 What I Do For A Living

I've been asked a million times what I do for a living.  I don't think i'm special in that regard. It's one of the most commonly asked questions when you're getting to know someone. In fact, based on my own experience, it's the most asked question i've ever been asked besides my name.

And i get it, in America especially, this is particularly valuable information the answer to which tells you a lot about me and vice versa. It tells you what level of education i have received, how much money i make, how much time i have to make friends and so on. Of course this information is generalized and can oftentimes be completely inaccurate, but let us not digress. Point is, it is useful information for us to know about each other and we as Americans have decided it's okay to share.

As of late, for me it's a bit of a difficult question to answer however.  It used to be easy when i worked the standard 9 to 5 (more like 9 to 6 or 10 to 6 depending on the job) toiling away for the "man". For 2 years i worked as a store-level manager for Target right out of college, 7 years i worked in HR for the dreaded 21st Mortgage and for 3.5 years, i worked for AC Entertainment in Risk Management and HR. See, pretty simple, straight-forward sh!t. But now?

Here's my best response to that question as of right now:  I collaborate with individuals, small businesses, artists and non-profits to achieve goals, and reach greater success.  What does that entail you're probably asking?  At this point, it might be helpful for me to share some of the clients i'm currently working with and a brief description of the work we're doing to give you a better idea.

I manage Knoxville local honky-tonk southern rockers, The Barstool Romeos. I've been working with the Romeos since August of this year and we just wrapped up a crowdfunding campaign for their 2nd album "Last Call For Heroes". Check out the Romeos on Facebook!


I am the event manager for the Downtown Home Tour organized by the City People organization. City People is dedicated to highlighting the benefits of living, working and playing in downtown Knoxville and is widely credited for helping to revitalize downtown. The home tour has been their premier event for encouraging more people to move downtown. I planned and managed the 2017 tour and will be returning to manage the 2018 tour. Check out City People on Facebook! 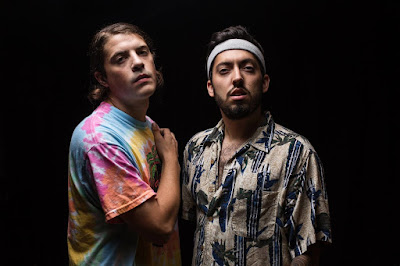 A cohort and I have been working on booking and coordinating a North American tour for this Chicago-based rap duo. I've been working with the Squares for over a year now. They're currently on the 3rd and final leg of their fall tour that included a stop in Knoxville this past Thursday Dec. 7th at Scruffy City.  Check out the Squares on Facebook!

In addition to these business and non-profit clients, i also have several rotating career/job-seeker clients who i help with resumes, cover letters, interview prep, job searches and career coaching. Due to the confidential nature of these relationships, i can't share any of their names, but will say that they range from all career backgrounds (nurses, accountants, etc), industries (television, retail, etc), and years in the workforce (entry-level to executive-level).  My goal is to help these folks find jobs or change careers and i'm proud to say I've had some success stories.

So there you have it, that's what i do for a living in a quick little nutshell.  I plan to post again in the future going into greater specifics on some of the projects and businesses i'm working with as well as providing some insights i've gained through running my own business.  Needless to say there have been many!

***Alert*** Shameless Self-Promotion Below!
If you are a job seeker, a small business owner, a start-up, an artist, or a non-profit in need of someone with my unique skillset, please reach out to me via e-mail to set up a meeting.  I'm always on the look out for new clients!

The Truth About Net Neutrality

Have you ever gone to a website and it took literally FOREVER for it to load?  It took so long in fact that you decided to do something else while waiting for it to finally finish loading only to discover that half the page loaded and none of the pictures!  You were so p!ssed about it that you decided to just give up and go somewhere else on the web instead.  How often does that happen to you?  Once, maybe twice a month?  Now, imagine if you will, that happening on a daily basis.  That's what ending net neutrality might mean for the citizens of this nation.

There has been a lot of talk recently about the FCC and their rule changes regarding net neutrality.  The final rule changes eliminating net neutrality regulations will be voted on by the FCC this Thursday, Dec. 14th.  I want to provide some facts and opinions about this issue so that you can make your own judgement about whether or not these new rule changes are good for a free and open internet or not.

First things first though.  What IS net neutrality you might be asking yourself?  According to the internet, net neutrality refers to the idea that ISPs (internet service providers i.e. Comcast, Verizon, etc.) cannot dictate which websites or content you can view or how quickly websites and content load on your device.  Simply put website owners can't pay an ISP money to give their sites preference and ISPs can't arbitrarily or for any purpose block websites or their content from the end user i.e. we the people.

How did we come by our current form of net neutrality?  Over the years, ISPs had voluntarily chosen net neutrality with only minor consternation.  Since the internet is still a fairly new technology, ISPs decided that voluntary net neutrality makes the most sense (interpret as makes the most dollars) for their business.  Why?  Because if your favorite website(s) takes forever to load, then you're less likely to choose that ISP meaning they're likely to lose your business AND potentially the business of any other customer who prefers that particular website(s).  And this system might actually continue working IF ISPs had more competition, but because of the monopolistic nature of the cable and ISP industry, real competition doesn't really exist.  I'll dive deeper into this issue momentarily.

Why is that you might be asking?  For a couple of different reasons.  One, most Americans only have 1-2 viable choices for internet service in their communities (remember that lack of competition i mentioned above?).  In the event your current ISP decides net neutrality no longer serves their financial interests, you may not have a choice but to stick with them and face the specter of certain websites not being available to you or sites being throttled so much they aren't worth visiting.  Additionally, you'd also likely be facing higher prices for the sites you can access as content-providers will most likely pass along the cost of their bribes... i meant payments to ISPs onto you the end user.  ISPs may also choose to charge more for you to access certain content and websites which would be the proverbial double whammy!

Secondly, as ISPs look for more ways to improve their bottom lines, that check Netflix is offering to write them for more favorable throttling starts looking a lot more enticing.  Once the genie is out of the bottle, all bets are off and small businesses (like mine!) will have a tough time competing in a pay for play internet environment. In a nutshell, whether voluntarily or as regulated by the FCC, net neutrality helps small businesses and their websites compete on a level playing field with deeply pocketed larger companies.  The elimination of net neutrality regulations put small businesses in potential jeopardy.

And that my friends is the truth about net neutrality.  I hope you now have enough knowledge on the subject to make an informed judgement, but if you're looking for more info on the subject, here are some links (here, here and here). If you don't like the direction we're heading on this issue, there is still time to make your voice heard.  Here are some links (here and here) for you to speak up.  Even if the regulations do get repealed (which unfortunately looks like they will), you'll have another chance for your voice to be heard in November 2018!

Today it's okay to make a few choices by going with your instincts.
Posted by Oz at 1:34:00 PM