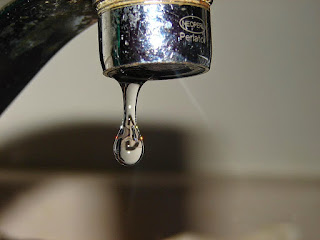 I didn't want to be gay.  I was horrified by the prospect of living my life as a gay person.  So for me, the idea that i had a choice in the matter didn't mesh with reality.  I was actively trying NOT to be gay.   Those who suggest that being gay is a choice, i beg to differ.  If i had a choice i would have chosen to be straight!  The only choice i had was whether to accept my homosexuality or not.  And for a long time i chose not to.

I remember watching one of those after school specials on PBS (do they still broadcast after school specials?) with my sisters when i was about eleven or twelve years old.  This particular special was about a kid around my age dealing with the same internal conflict as me.  I sat there watching mortified that my sisters would figure out this was hitting a little too close to home.  I think i might have actually been visibly sweating the entire time, but i couldn't excuse myself because that would have looked even more suspicious.  I just sat there motionless and uncomfortable for an entire hour straight.  In hindsight, i think my sisters knew what i was before i did.

There was a point when i thought it was just a phase.  I had a girlfriend in 7th grade who i used to talk to on the phone like kids of that age did... via landline!  We talked about absolutely nothing of import yet i was comforted by our conversations.  She and i french kissed in the hallway at my school during a school dance.  Being with her i felt "normal" for the first time since realizing i might not be.  The whole time i was "going steady" with her though, i was crushing hard on this kid at my school who didn't even know i existed.   I was fighting a losing battle.


Why was i so afraid to be gay?  There was more than one reason of course, but i'll try to focus on the most obvious ones.  First of all, in my neighborhood, i always caught grief for not being "masculine" enough.  I didn't play a lot of sports and when i did, i usually embarrassed myself.  I didn't want to give my neighborhood "friends" anymore of a reason to harass me and make fun of me by confirming what they already assumed i was.

I wasn't very good at hiding it though.  Every so often, my preference for the same sex would seep out of me like a leaky faucet.  One example of this i can remember was while watching an episode of Silver Spoons starring a young Ricky Schroder.  My sisters kept commenting on how cute he was and jokingly asked me what i thought of him.  "I think he's kind of handsome" i uttered feeling uncharacteristically brazen in that moment for whatever reason.

My sisters stared at me for what seemed like an eternity.  I held my breath.  'Why in the world would i say that?  So stupid!' i thought to myself.  After what was probably more like a 5-second delay, my sisters either out of fear for me or out of shock just laughed it off as me joking.  I snickered nervously as I breathed a sigh of relief, but knew from that moment on this was no laughing matter.  I HAD to be more careful.

This would not be the only accidental revelation.  My coming out in the first place was totally accidental as well, but that part of the story comes later.  To be continued...

I had the opportunity to speak with Loida Velazquez who is handling media requests regarding the recovery in Puerto Rico and with whom i serve on the board of the United Way of Greater Knoxville. She shared that a local group had collected many items and supplies this past Saturday for the victims of Maria and that those items would be delivered to the island by this coming Sunday.  She said she was very proud to be a part of the Knoxville and East Tennessee community because of our response to the call to action on behalf of our fellow Americans in Puerto Rico.

She also said that she had made contact with her brother in Puerto Rico and that he was alive and doing as well as possible under the circumstances.  She said he had to travel a long distance to the capital to make phone calls and that he still did not have electricity, but that he does have running water now.  She had also been worried about her sister-in-law who had recently had open-heart surgery only weeks prior to Hurricane Irma.  She said that she's currently receiving medical care in Atlanta and is doing fine.

Loida also reported that the focus is shifting to re-opening schools in Puerto Rico.  She said that although only 13% of electricity has been restored on the island that getting kids back in the classroom was a top priority.  She also mentioned that some towns located in the mountainous regions of Puerto Rico had yet to be reached however, so the death toll could unfortunately rise once communication has been restored with those towns.  Lastly, she stated that the federal response has improved and that FEMA and other federal agencies are working more closely with the government of Puerto Rico to more effectively get help to the people.

All in all a good report, but the struggle continues.  Please continue to support the people of Puerto Rico in any way you are able.  If you are on Facebook, join the group "East Tennessee For Puerto Rico" to keep up with relief efforts.  They still need us!

I was a fan of Gotye since before most people knew who he was and that was because of this album I'm getting ready to recommend you go listen immediately.  While most are familiar with his breakout single "Someone I Used To Know", his first album Like Drawing Blood is the real masterpiece in his catalog.  Readers of this blog or knowers of yours truly won't be surprised that this album really struck a chord with me (no pun intended) due to its esoteric lyrical content and bold and diverse musical tapestry.  What has always drawn me to this album though is how it seems to zero in on the part of me i know is there, but doesn't have a voice otherwise.  Wonder if it that's the case for anyone else?  Only one way to find out.  Listen to this one from start to finish!

One of my clients, The Palmer Squares, a hip hop duo out of Chicago, began their long-awaited fall tour two weeks ago! They will be trekking across the midwest over to the west coast, up into Canada, back down the east coast and then finally back across to Chicago. They'll hit Denver, Phoenix, Los Angeles, Seattle, Montreal, Toronto, NYC, Boston and Indianapolis among many other stops. We've been working on putting this tour together for months and it's exciting to see it finally come to fruition.   Check out the Squares in a town near you and check 'em out on Youtube and Facebook. Here's a little sampling for ya to whet your whistle! 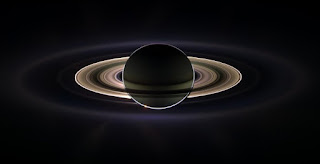 The other best new thing i want to share is probably not that new for those of you who are big into space dorks like me, but in case you missed it...  The Cassini space probe recently did its final lap around the celestial wonder known as Saturn.  If you haven't seen any of the pics released by NASA, check 'em out here. Absolutely breathtaking even if you aren't a space nerd! :-))

Check out the latest in Apple's recent failures.  C'mon Apple, get your sh!t together!

Your co-workers take pleasure in your great sense of creativity.

Thanks as always for reading and God speed!