That Never Happened... My Coming Out Story Part 3 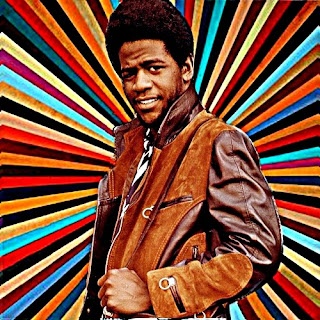 Throughout high school, i played a serious game of avoidance when it came to the question of my sexuality.  It was the nineties and while homosexuality was less taboo than before, it was still taboo.  It was the decade DADT (Don't Ask Don't Tell) became the official policy of the US military.  It was also the decade when DOMA (Defense Of Marriage Act) was enacted into law preventing the federal government from recognizing same-sex marriages (and civil unions) in the same manner in which it recognized marriage between a man and a woman.

In my teens, i had definitely crushed on my fair share of guys, but never engaged any of them romantically.  I was content living in a state of denial and decided i would repress my sexual attraction towards guys until those attractions disappeared altogether which i assumed would happen eventually.  In the meantime, i immersed myself into some of my favorite things: politics and music.

At my high school i was one of only a select group of kids who could not only drive, but had their own car.  This came with certain privileges and the respect of my peers.  I used to drive my friends home or where ever and i was always the one listening to 70s R&B like Al Green and Earth, Wind and Fire in my car which made me one of the cool kids... despite the fact i was also a band dork!

I was also known for giving school-wide speeches during Black History Month or for student government elections.  In my senior year of high school i was president of the Tennessee Association of Student Councils, the first of many statewide offices i assumed i would hold in my life.  At one period in my life and a fairly long one at that, i thought i wanted to be the first black president of the United States.  I'm proud to say that Barack Obama beat me to the punch, but i was only 31 years old when he was elected so technically i didn't have a chance to contend. ;-)  Point is, i was on my way to living a "normal" life and if it weren't for this one nagging issue, i would likely have gone down the path towards political greatness.

When i got to college, i continued my state of denial even though there were definitely some guys who had gotten my attention.  In retrospect i regret that decision because there was at least 3 guys who, now that i look back, were definitely into me.  I ignored them (what was i thinking!) and instead chose to fawn over guys who were completely unattainable i.e. straight guys.  Kind of my MO even now, but back then i was genuinely holding onto hope that the "right" girl would come along and prove beyond a shadow of a doubt i was straight.  That never happened.

I was about 25 years old when i finally decided enough was enough.  I could no longer continue lying... at least not to myself.  It was then that i chose to accept my sexuality.  I also made the decision that i would keep this to myself because in my mind, it wasn't a topic i wanted to discuss with anyone nor did i feel compelled to "come out".  Even then i was annoyed by the concept of "coming out". Seriously, WHY did i need to share my sexual preferences with the world when none of my straight friends had to do the same?  Seemed like a double standard and in some ways more harmful than keeping it to myself so that's what i did.

Little did i know the universe had already decided i had no choice in the matter.  Stay tuned for the rest of that story in the 4th and final installment of my coming out story coming next week!

Stepping Up For Puerto Rico


While i continue to be disappointed by our federal government's response to Hurricane Maria, i am equally encouraged by the support for PR being shown by individuals and companies who have chosen to fill the void left by the federal government.  Tesla is sending large home batteries and have offered to help rebuild PR's power grid using solar power.  Alphabet (aka Google) is sending giant balloons that will help restore internet service to parts of the island.  Even Facebook is helping although they did catch some grief from Stephen Colbert.   Regardless, these companies and hundreds of thousands of Americans are helping Puerto Ricans get back on their feet and it brings me hope that maybe our country isn't so broken after all.


Are you trying to find a free and effective way to learn a new language?  Then look no further than Duolingo!  I've been using Duolingo for about 3 years now and genuinely feel like i'm learning Spanish.  Here's one tip though if you decide to use Duo.  Finish the "tree" as quickly as possible.  What's a tree?  A tree is how Duo structures its language lessons, but instead of working your way up the tree, you work down it.

Why do i recommend going quickly?  Well, i just finished the Spanish "tree" and am now realizing that if i'd finished it faster, i would have spent more quality time going back and reinforcing the lessons i had already learned.  I think this approach would have helped me learn the language faster.

While i'm still nowhere near fluency though, i still think Duolingo has given me the foundation i need to become fluent.  And you definitely can't beat free! 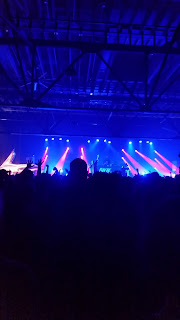 I went to see the sold out Run The Jewels show at the Mill and Mine last week and i have to say WOW, what an incredible show!  The energy in the room was palpable and you could tell Killer Mike and LP were feeding off it all night.  Plus because it was a sold out show, the room was brimming with familiar faces which always makes a show more fun.  The Mill and Mine and RTJ, both won the week last week imho!

Or like this? (Warning: NSFW so you know, don't crank it unless you have a super awesome workplace.)

"I could never love someone who loves someone like me."  Powerful lyrics from an equally powerful band called The Moth and The Flame.  The album: Young and Unafraid is full of such gems and driving alt-rock backbeat ties it altogether.  Check out this band and this album here!

Some folks are super anti reality TV shows.  They say things like "there's nothing 'real' about reality TV" or "it's as fake as a rubber snake!"  Okay, so i've never actually heard anyone say that last one, but you get the point.  I don't necessarily disagree but there is one RT show i really enjoy: Survivor!  Survivor is now in its 35th season and it, like host Jeff Probst, is showing no signs of letting up.

I didn't start watching Survivor until probably 5 years or so ago so i wasn't one of its earliest adopters, but i'm still a fairly dedicated viewer.  This season's theme pits "Heroes" against "Healers" against "Hustlers" and i'm enthralled!  Check it out especially if you like the study of human nature and group dynamics.

I'm starting to find my Instagram groove and have posted my first picture collage.  Since i can't post on IG everyday, i figured i could start posting once a week, but instead of one pic at a time, i'm going to be posting a collage 'o pics!  I'm aiming for it to be a "week in review" type deal, but i reserve the right to include pics i've taken that fit within the theme of the collage even if they aren't from the previous week.  Okay, now that the disclaimers are out of the way, here's my first one.  I'm still working on my lighting and such so cut me some slack, okay?